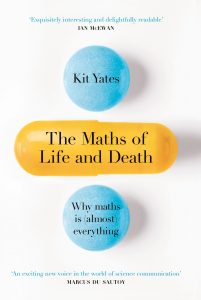 I have two simple rules for deciding whether a popular maths book is Any Good. Firstly: does it teach me something I didn’t know? And secondly: does it entertain me when treading ground I’m familiar with?

The Maths of Life and Death satisfies both rules for me. Yates weaves stories around the maths — at times witty, at times charming, at times sombre, but always personable. He starts with a story about doing a capture-recapture experiment on snails with his four-year-old; he had me grinning in recognition within the first page and a half.

I especially enjoyed the chapter on epidemiology, which is an area I know very little about (and one where I sense Yates is very much at home). We’re taken through a series of stories about outbreaks: measles at Disneyland; historical plagues; smallpox and how it led to both vaccinations and proper mathematical modelling of disease. Then we get into the nitty-gritty of the S-I-R model and its variants, at least on a broad-brush level. (I’m not asking for differential equations, although I’d obviously lap them up if they were there; I think a few well-designed diagrams might have made the key ideas clearer still).

This is one of several places where diagrams would improve the clarity of the work – it’s hard to write about probability without getting bogged down in details. It’s harder yet to write about it in a way that sticks afterwards, and I think pictures (as well as tables) are likely to help here. 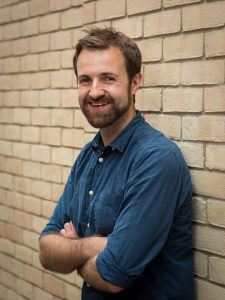 A fair proportion of The Maths of Life and Death will be familiar, at least thematically, to those who read plenty of pop maths books (I confess to having stifled a groan when the Sally Clark case came up; I’m pretty sure it’s the fourth treatment of it I’ve seen this year, and it horrifies me every time). All the same: it’s a powerful story. To write a chapter about the probability in the courts without mentioning it would be as daft about writing about irrational numbers and not mentioning the Hippasus legend.

Overall, I approve of this book. It’s funny in places, deadly serious in others, an enjoyable read — the kind of book that might make one think “Oo! I never thought of that. I’ll look into it!”. That’s not one of my rules, but it gets a tick there, too.

Disclosure: Colin received a free review copy of this book.