Over the past two weeks I have hectically followed the Presidents of the IMA and the LMS on a tour of several universities connected to the proposal for the formation of a new mathematical society. I should say my involvement has been nothing compared to the Presidents, who have visits more universities than I, have three more weeks to go and have to actually lead discussions at these universities where I don’t. It is a staggering undertaking for them.

My first trip was last week when I visited the univerisites of Newcastle, York and Leeds. This is a lovely part of the world and the approach to Newcastle by train was stunning despite heavy rain. Below are pictures from Newcastle by night, the mathematics department at Leeds and the Presidents answering questions in York. 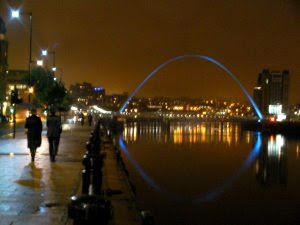 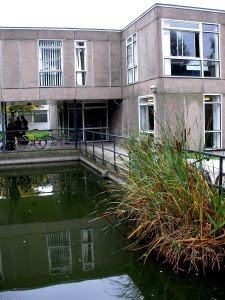 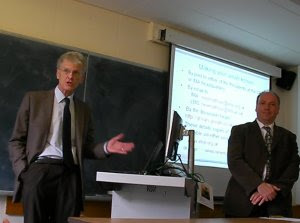 This week I visited the University of Warwick (pictured below) and attended a seminar by David Abrahams, the President of the IMA, followed by the proposal talk and discussion. Then yesterday I attended my local meeting at the University of Nottingham. 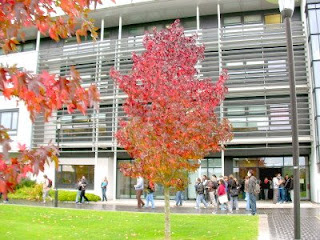 It is interesting to meet so many members of both organisations and to see some parts of the country which I haven’t previously been to. I have used the opportunity to meet with or get contact details for various university mathematical societies and with more maths grads in Leeds. You can find out more about the proposal at the New Unified Mathematical Society website, as well as some of the questions that have come up on the tour as frequently asked questions.