With the news that Alan Turing has received an official apology from the government over the terrible treatment he received due to his homosexuality quickly vanishing into the distant past, I decided to dig out a couple of photos I took on a visit earlier in the year. I ran a stall at a postgraduate conference at the University of Surrey. The University is in Guildford where Alan Turing lived as a child and he is honoured by a bronze statue outside the Austin Pearce Building where the conference took place. My photo of this and the corresponding plaque are below: 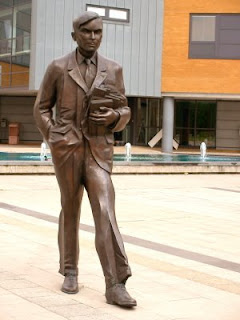 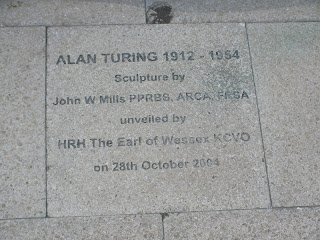 Read the apology on the Number 10 website, watch a BBC News video giving some background and listen to a short piece from the Today programme. You can read “How Alan Turing Finally Got a Posthumous Apology” by petition organiser John Graham-Cumming.