When I started at Nottingham, I was told my office arrangements would only be temporary as we were looking to build a new building. Now that I am leaving (didn’t know? You haven’t been listening to the Math/Maths Podcast!) I will not, after all, be moving to this building. Building work has started, though. Here’s a picture: 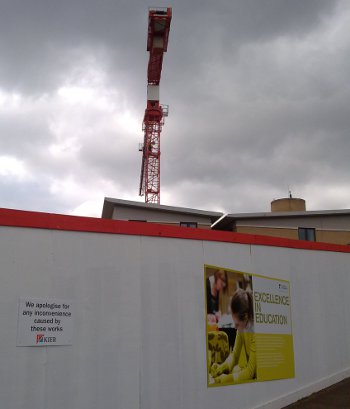 This means Nottingham will follow several other recent moves by UK mathematics departments into new buildings. Off the top of my head, there’s Cambridge (2000-2003), Heriot-Watt (2005), Nottingham Trent (2005), Manchester (2007), Bath (2010), and upcoming at Oxford and Bristol. There are probably others I’ve forgotten.

One Response to “New Maths Building”