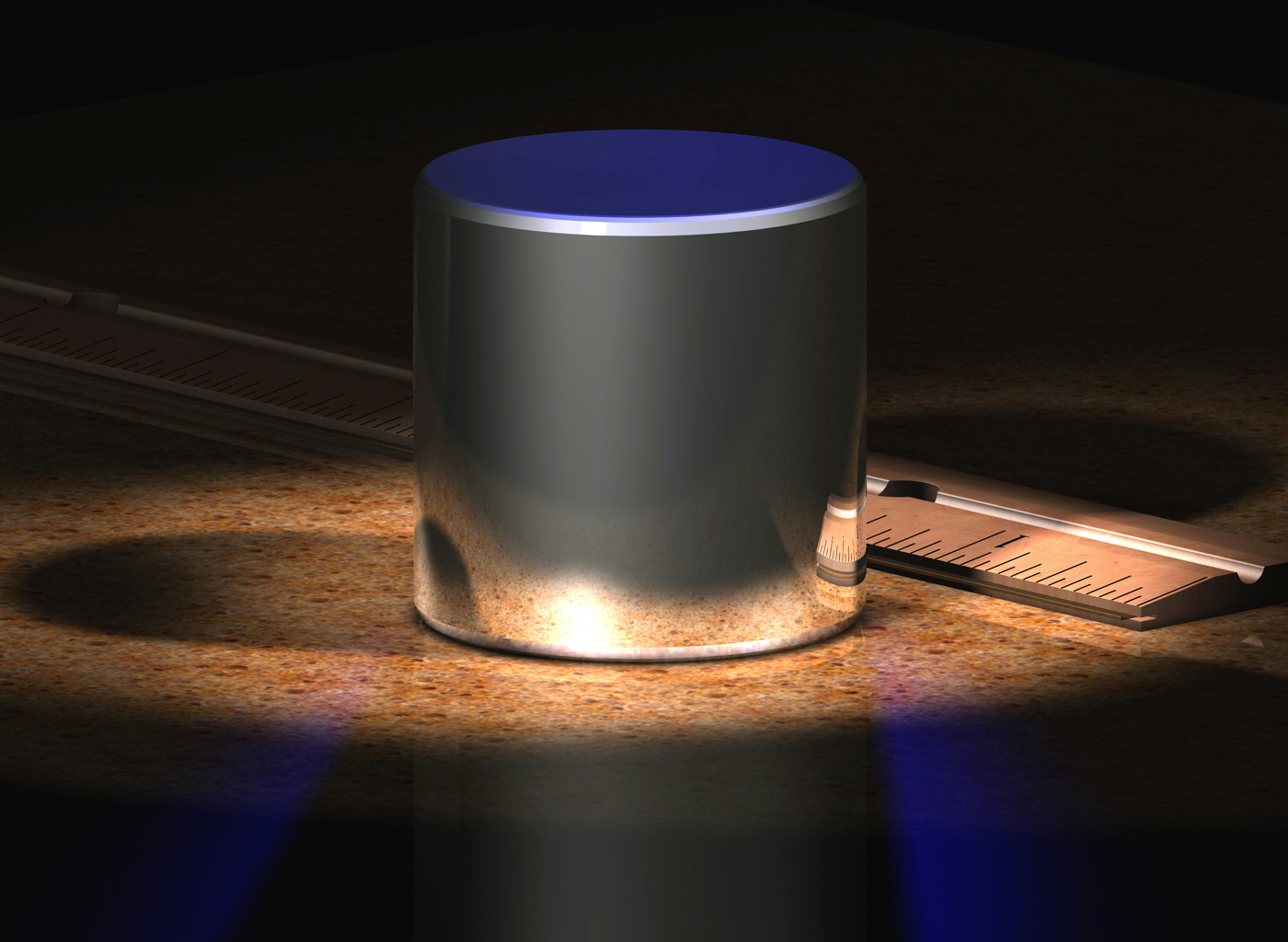 A vote is taking place today at the General Conference on Weights and Measures in Paris, to change the definition of the unit of mass, the kilogram.

Originally, the kilogram and other SI units were officially based on a reference object – for example, the international prototype kilogram is a lump of metal kept in a vault at the International Bureau of Weights and Measures. The problem with this is that the cylinder of platinum-iridium, nicknamed Le Grand K, changes weight over time. One kilogram, by definition, is the weight of this object, so if its weight keeps changing that’s quite a nuisance.

Over time, all the other SI units have been redefined in terms of fundamental constants of the universe. For example, the metre is defined as the distance travelled by light in a vacuum in $\frac{1}{299792458}$ of a second.

According to an article by Ian Sample in the Guardian:

The kilogram makeover will derive mass from the Planck constant, a number deeply rooted in the quantum world. It describes the size of bundles of energy, known as quanta, which pour out of a hot oven, for example.

If today’s vote is positive (and Ian Sample considers it “essentially a done deal”), the change will come into effect on 20 May 2019.

In the balance: scientists vote on first change to kilogram in a century, The Guardian.