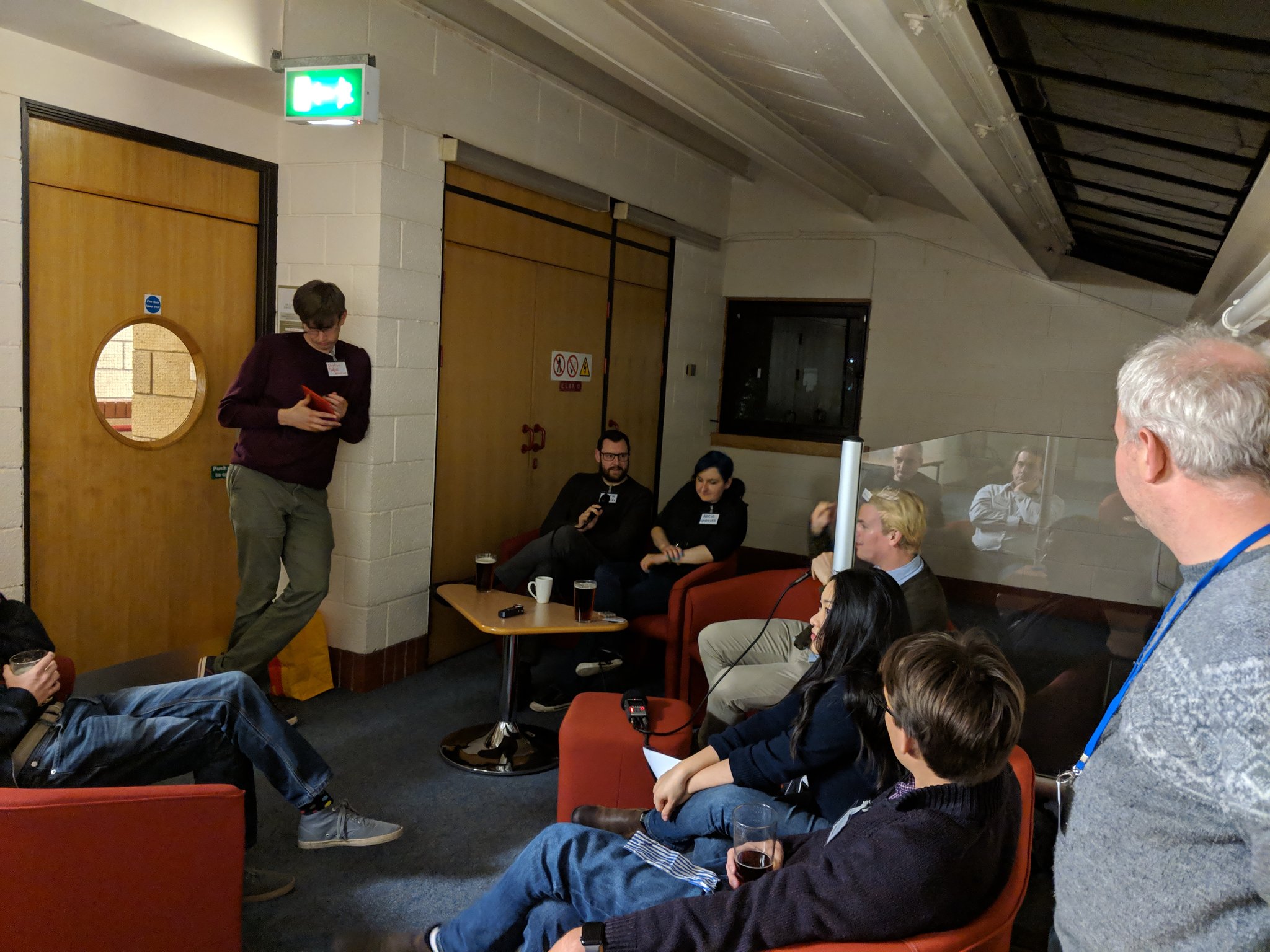 Photo of the podcast being recorded, by Matthew Scroggs on Twitter

In fact, pretty much the only podcasters present at MathsJam not represented in the recording are the team from Odds and Evenings, who were too busy doing other fun things to come and join us – but their podcast is also well worth a listen!

Many of the podcasts represented no longer record, but their back catalogues are still available to listen to – and you might find something interesting!

The result, titled “Taking All Math Components Talk Relatively Wrong Cast Live at MathsJam 2018” can be listened to on SoundCloud (or using the player above).