Better late than never, I’ve posted my recap of Newcastle MathsJam’s March and April meetings on my mathem-o-blog. We talked about topology, made a tiny blanket for a baby snake, failed to work a cardboard computer, and a lot more.

I’ve finally finally got round to writing up my notes from the last two Newcastle MathsJams, over at my mathem-o-blog.

I’ve written up my souvenirs of this month’s Newcastle MathsJam over on my mathem-o-blog.

I’ve written up my recap of last week’s Newcastle MathsJam. We had some magic tricks, debated the application of game theory to the penal system, almost played a game of rhythmomachy, and of course we solved a few puzzles.

Read my recap on my other mathem-o-blog. 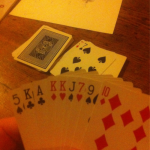 Nottingham: Peter has everyone where he wants them in a game of Mad Abel 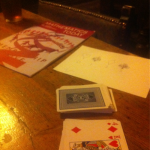 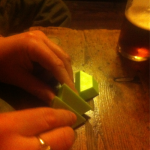 Nottingham: Mike Black is building a pyramid from four identical pieces… or not, in fact 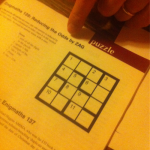 Nottingham: Playing the ZAG crossword from IMA Mathematics Today. 7 down is prime, 4 across is square, etc. 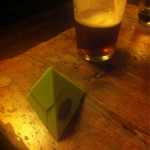 Nottingham: Mike did it! A pyramid! 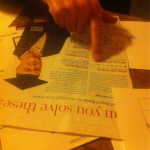 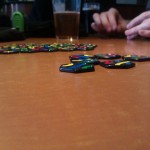 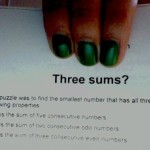 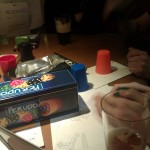 Manchester: A game of Perudo has occurred. We notice the dice on the box diagram are all wrong. 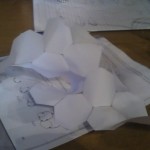 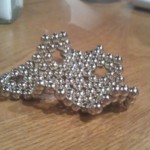 Newcastle: Steven has mastered making buckyball heptagons, so we have another model of hyperbolic space 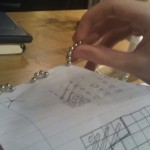 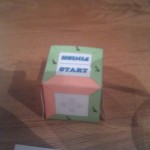 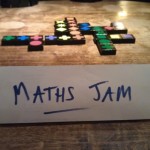 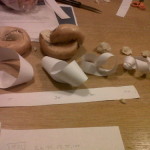 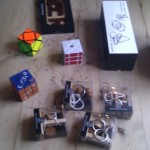 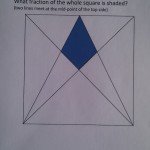 A geometry problem at Cambridge MathsJam

If you’ve taken a picture at a MathsJam and you’d like to share it, please submit it to our tumblr.

April’s MathsJam was very enjoyable. We did a bit of arts and crafts, a bit of playing games, and if it had been NBA Jam instead of Maths Jam I would have been entirely on fire because I used up all my IQ points solving some very fun puzzles. Durham were still on their Easter holidays so the attendance was a modest six people. That was just enough for everyone to be doing the same thing at the same time, so we had a good time.