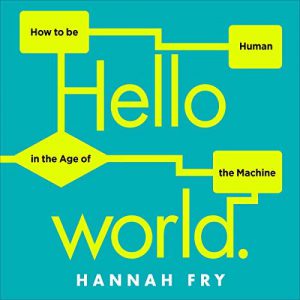 This week Radio 4 has chosen Hannah Fry’s new book Hello World as its Book of the Week. This means excerpts from the book are read out each day, and you can listen along on iPlayer Radio.

To find out what the book’s like, read this review by Colin Beveridge.

The latest episode of BBC Radio 4’s Infinite Monkey Cage took “an irreverent and rational look at numbers, logic and mathematics” and is available to download for a length of time unbounded above in podcast form.