Here’s a selection of news stories about mathematical prizes that have been awarded/announced in the last couple of months.

Arthur Benjamin was awarded the Public Outreach prize, for a range of activities including his books aimed at general audiences, his TED talks, his popular video courses from The Great Courses, and his “mathemagics” performances. The prize citation says that his work demonstrates “his ability and commitment to share the joy of mathematics, and excites and engages audiences at all levels”.

The second award goes to Siobhan Roberts, a journalist and biographer based in Toronto. She’s written several mathematical books, the most recent of which was Genius at Play—The Curious Mind of John Horton Conway.

The awards will be presented today (5th January), at the Joint Mathematics Meetings in Atlanta.

Siobhan Roberts to Receive 2017 JPBM Communications Award for Expository and Popular Books, on the AMS website 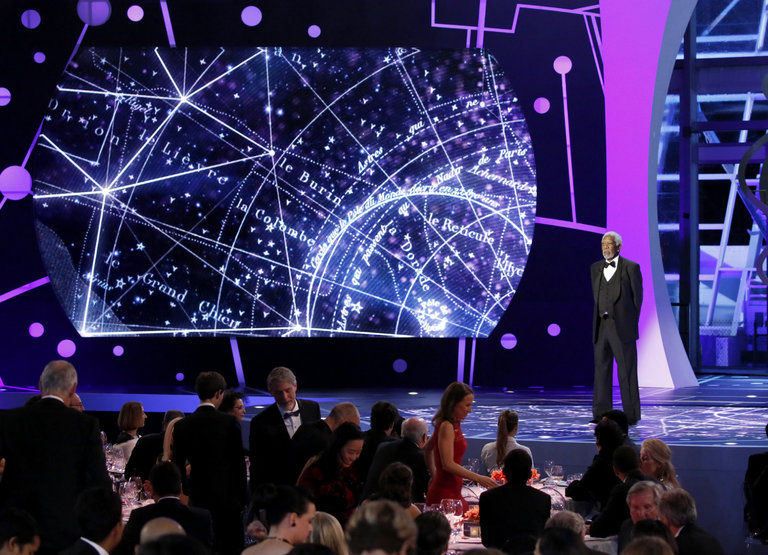 In early December, America’s rich and famous came together to celebrate achievements in science and mathematics and give away millions of dollars (no really, this is a thing that happens) – this year’s winners included mathematician Jean Bourgain, whose work on decoupling oscillators is described as a more complicated version of the Pythagorean theorem, but applied to waves.

In addition to the big \$3 million prizes, there were six \$100,000 New Horizons prizes – half in physics and half in mathematics. The awards were given out in an Oscar-style ceremony held at NASA’s Ames Research Centre, with Hollywood celebrity guests including Alicia Keys, Morgan Freeman and Jeremy Irons.

David H. Bailey, Andrew Mattingly, Glenn Wightwick and the late Jon Borwein are to be awarded the AMS’s 2017 Levi L. Conant Prize for their article The Computation of Previously Inaccessible Digits of π2 and Catalan’s Constant, which appeared in the Notices of the AMS in 2013. The Conant Prize is awarded annually to the best expository paper in either the Bulletin or the Notices of the AMS in the preceding five years.

Previous winners of the Conant Prize