If you see me doing a maths thing, I’m probably wearing one of my maths t-shirts. I’ve got quite a few, but the one that reliably produces the much-sought-after look of total indifference even once I’ve explained the joke is this one: 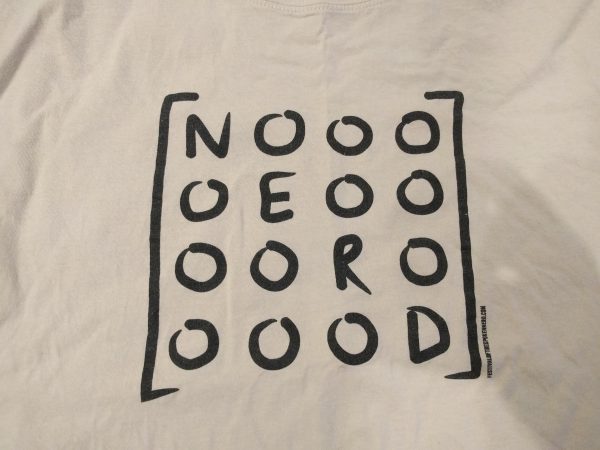 It’s a NERD identity matrix, get it?

That t-shirt was made by Festival of the Spoken Nerd, and by the way they’ve recently put together some new designs.

It’s long bothered me that the nerd identity matrix contains so many zeros. It’s also only an identity matrix if $N = E = R = D = 1$. Surely there’s a joke matrix somewhere with a bit more meat to it?

Well, here’s a thing I came up with: 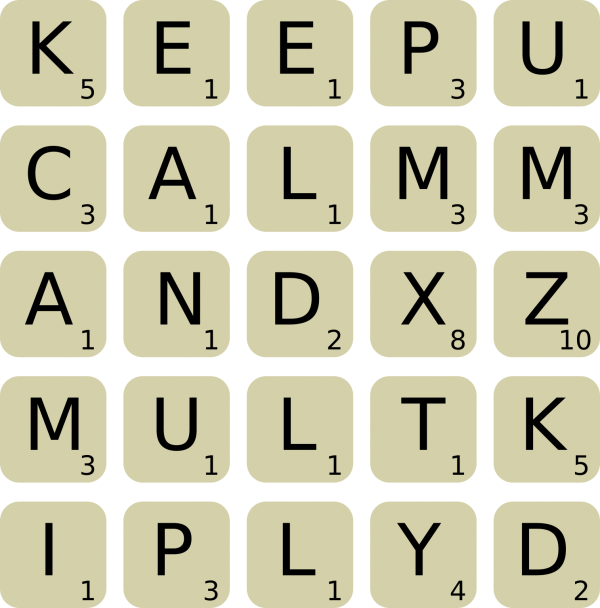 What’s special about that matrix? This!

The vector “EIGEN” is an eigenvector of this matrix, when you interpret letters as their Scrabble scores. Badum tish!

Was that worth the effort? Unlikely.