We’ve noticed a lot of great books that have been released recently aimed at primary age children (under about 11). We thought it might be useful, for those who know children of those ages, to put together a list of these titles, and some classics, in case you might be looking for some gift ideas around now. 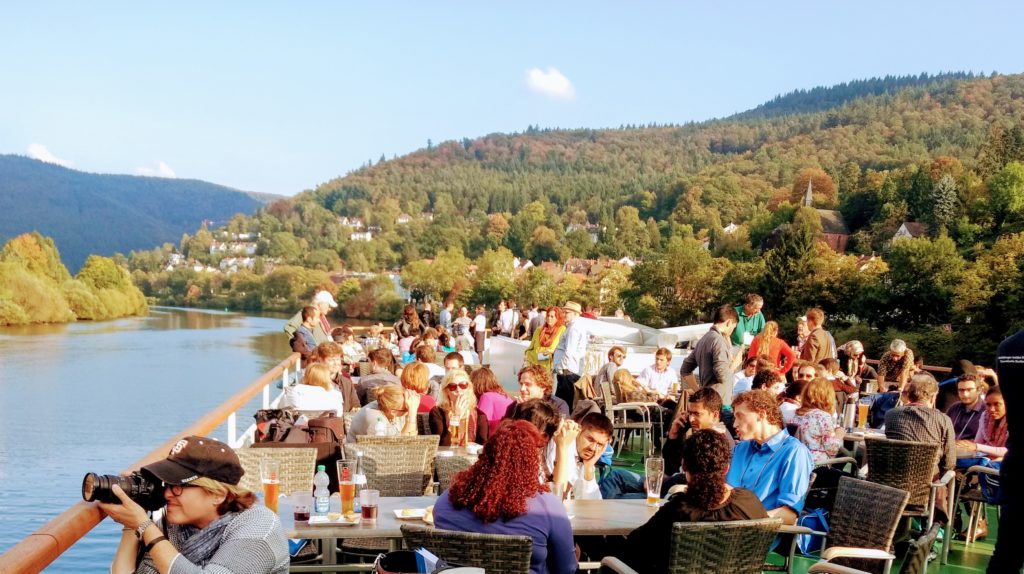 The view on the boat deck – plenty of young researchers to corner!

Having extensively covered the talks and press conferences of the Laureates so far, we thought it was time to talk to some of the Young Researchers at this year’s HLF about the work they’re doing.

It’s actually more well known that this works with multiples of three, and an even more pleasing fact is that the reason three and nine work is because nine is one less than the number base (10), and anything that’s a factor of this will also work – so, in base 13, this should work for multiples of 12, 6, 4, 3 and 2. Proving this is a bit of fun.

Once when I was thinking about this fact, an interesting secondary question occurred.

It’s been a while since we’ve done one of these, but here’s a selection of Twitter accounts you may wish to follow. This week, the theme is numbers!

While I usually try to pull out an interesting tweet to showcase the brilliance of the accounts I recommend, in this case the account is tweeting every prime number. It’s run by an automated script, which you can see the code for, and according to its bio, aims to tweet “Every prime number, eventually”. Ambitious.